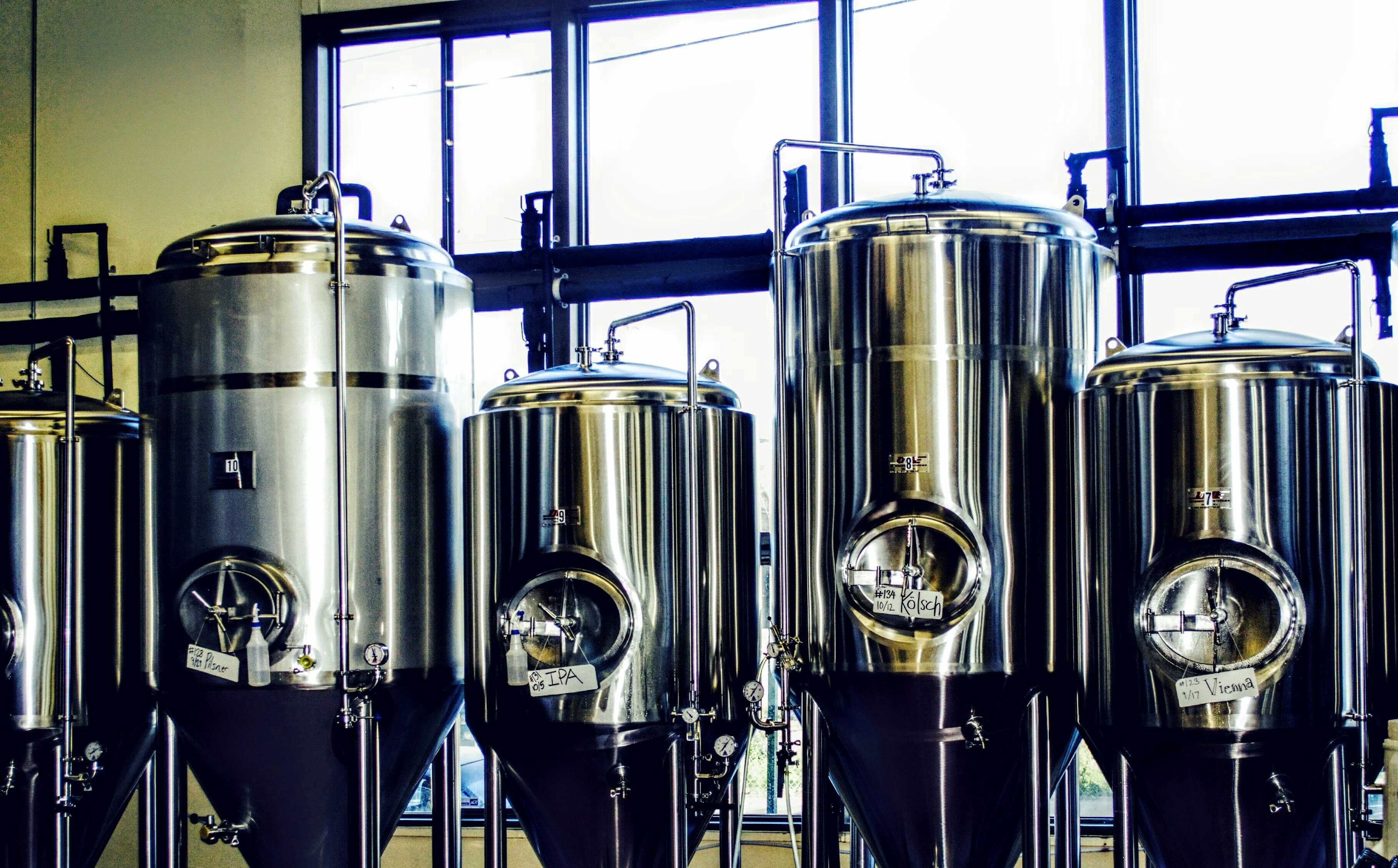 Mari and Will started one of the first craft breweries in the Northwest “Thomas Kemper Brewery” back in 1984 (watch this 1986 news cast of the tapping of Thomas Kemper in Seattle. After leaving Kemper they moved to the East Coast where Will became a consultant in craft brewing and breweries and worked with Wheeping Radish in Durham, NC, set up the first Dock Street Brewpub in Philly, set up the original Capital City Brewery in DC, and Lowell Brewing in Lowell, MA. Then they moved back to the NW where Will worked with Beers Across America, a group of craft breweries including Aviator Brewing in Woodinville, Norwester Brewing in Portland, Orange County Brewing in CA, Mile High Brewery in Denver, and a few more. When that ended he developed the first two brewpubs in Monterrey, Mexico (Sierra Madre Brewing Co)! At the same time he taught brewing engineering for the American Brewers Guild in Davis, CA. Upon returning to the USA he began to consult with a group from Istanbul, Turkey and he and Mari went to Istanbul to put in the first craft brewpub in Turkey in 2002. They returned to American and he continued to consult with them when the two of them were asked to return to Istanbul to make the first craft brewery. They lived three years in Turkey for the project and when they finally returned to their home in Bellingham, WA they decided to start Chuckanut Brewery. And so the story of Chuckanut begins in 2008!

Winning Small Brewpub/Brewer of the Year at the GABF 2009 (the first time they entered this national contest) and the first time the title had been won with all Lager beers was amazing. When we won Small Brewery/Brewer of the Year 2011 at the GABF it was a confirmation that Chuckanut beers were indeed, some of the best in the nation. Continued awards of medals from the Great American Beer Festival, the World Beer Cup, the North American Beer Awards, Best of Craft Beer and the Washington Beer Awards is an indication that Chuckanut is one of the more awarded breweries in WA State. We are proud member of the both the WA Brewers Guild and Commission as well as the Craft Brewers Association. Chuckanut has won Large Brewery of the Year at the WA Beer Beer Awards 3 times since 2017!

We believe engineering concepts are the key to Chuckanut’s amazing beers with the use of engineering considerations and controls that match some of the biggest breweries in the world that are uncommon for such small breweries like Chuckanut. When Will Kemper first started brewing the equipment had to be hand tooled out of dairy equipment and hobbled together with creativity and brains. Now we can get small brewing equipment manufactured to Will’s engineered designs. But finding ourselves in Skagit Vallely, one of the best growing areas in the USA we are lucky to be next door to our farmers that are growing barley and the Skagit Valley Malting Company that is malting the Skagit barley. This will up the quality of local for us and being in what the Port of Skagit calls the Innovation Zone we are another cog in the wheel for the sustainability of Skagit farms! The Innovation Zone is an area where agricultural related products add to the viability of farming in Skagit and we are proud to be a part of it!

Will is a Diploma member of the Institute of Brewing and Distilling based in London, England as well as an active member of the MBAA (Master Brewers Association of the Americas). He holds a BS in Chemical Engineering from U of Colorado Boulder, is an alumnus of the Siebel Institute of Technology in Brewing Microscopy and Microbiology, and completed the first Masterbrewers Program from the University of California at Davis. He taught brewery engineering for the American Brewers Guild in Davis, California for several years in the 1990s and his video lectures are still used by the Guild for their professional training courses. 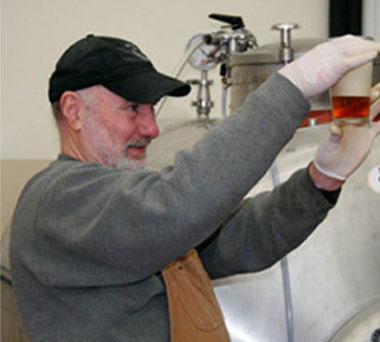 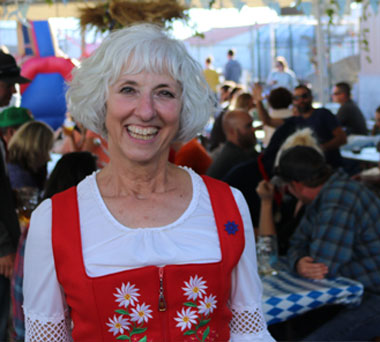 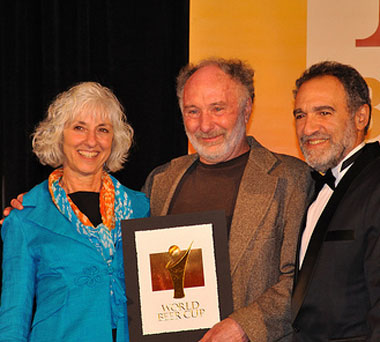 Operations Manager Nathan Crane has worked at many great breweries with great brewers and we are very happy to have him on our team now! Rick and Chaz head up our brewery the past 4 years and they are assisted by Jakub, Kale, Airon and Ellie. We continue to add to this talented team of brewers as Chuckanut moves forward led by Will Kemper. Our great team helps to keep Chuckanut beers in the pipeline!

Spencer Ebel is our District Manager Extraordinaire! He leads the front house crews in both locations, organizes all on site events as well as helps on marketing and promotions. Spencer has been with Chuckanut since he became legal to drink and is super dedicated to spreading the Gospel of Chuckanut to staff and guests! Bryant Cocks is the P. Nut Manager making sure all is well in PDX!

Chuckanut Brewery is passionate about being a sustainable member of our community and taking care of our environment. Since opening our doors in late July 2008 we have gone towards Zero Waste, recycle our spent grains with a local farmer, and with our computerized brewery system, conserve electricity, water, and people power! Chuckanut supports over 100 non profits in our region and continues to be a responsible neighbor to our environment and community. Supporting Chuckanut Brewery is supporting our sustainable culture and excitement about serving the best Beer we can make. Thanks for supporting these great organizations with us! 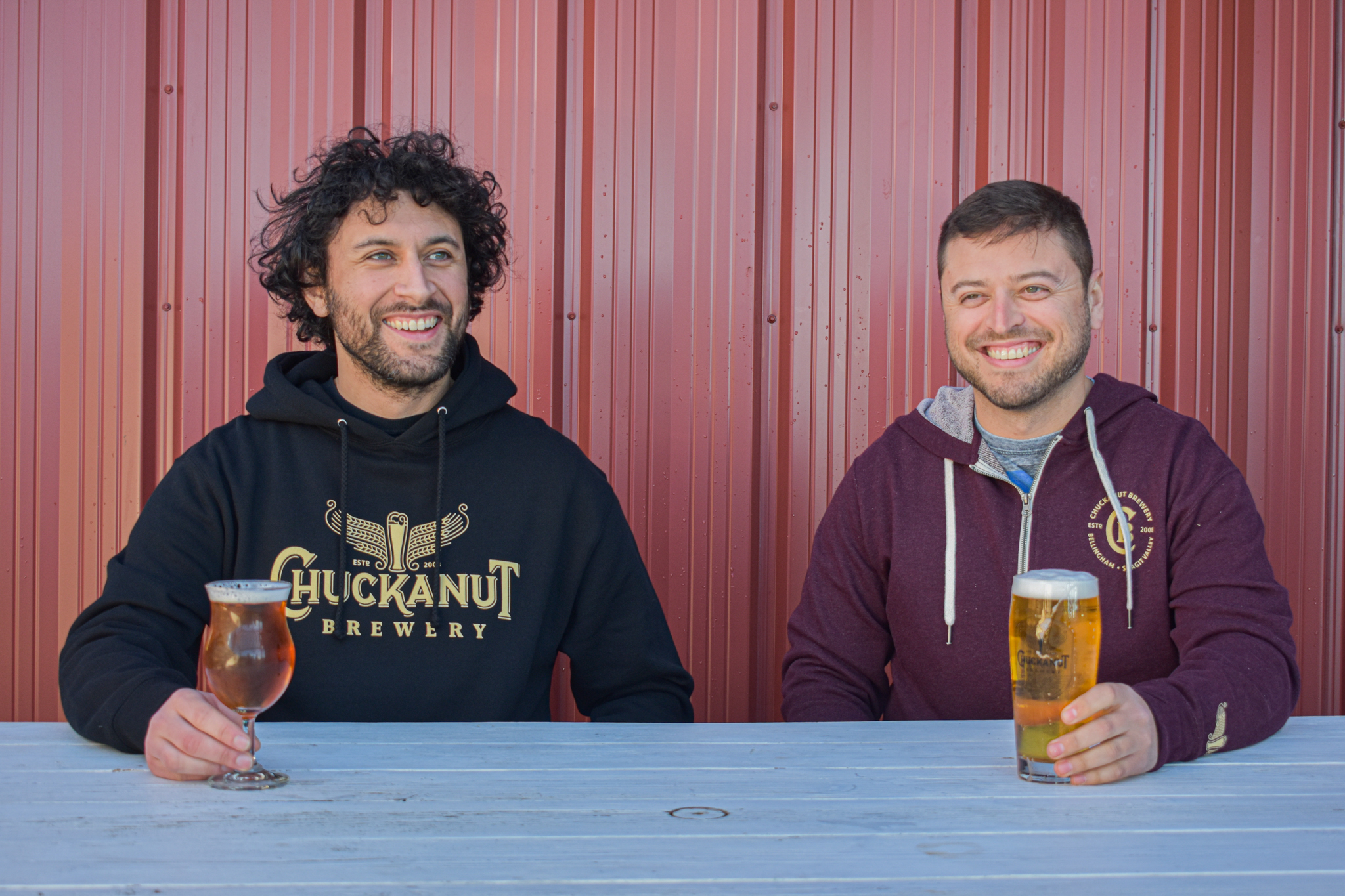 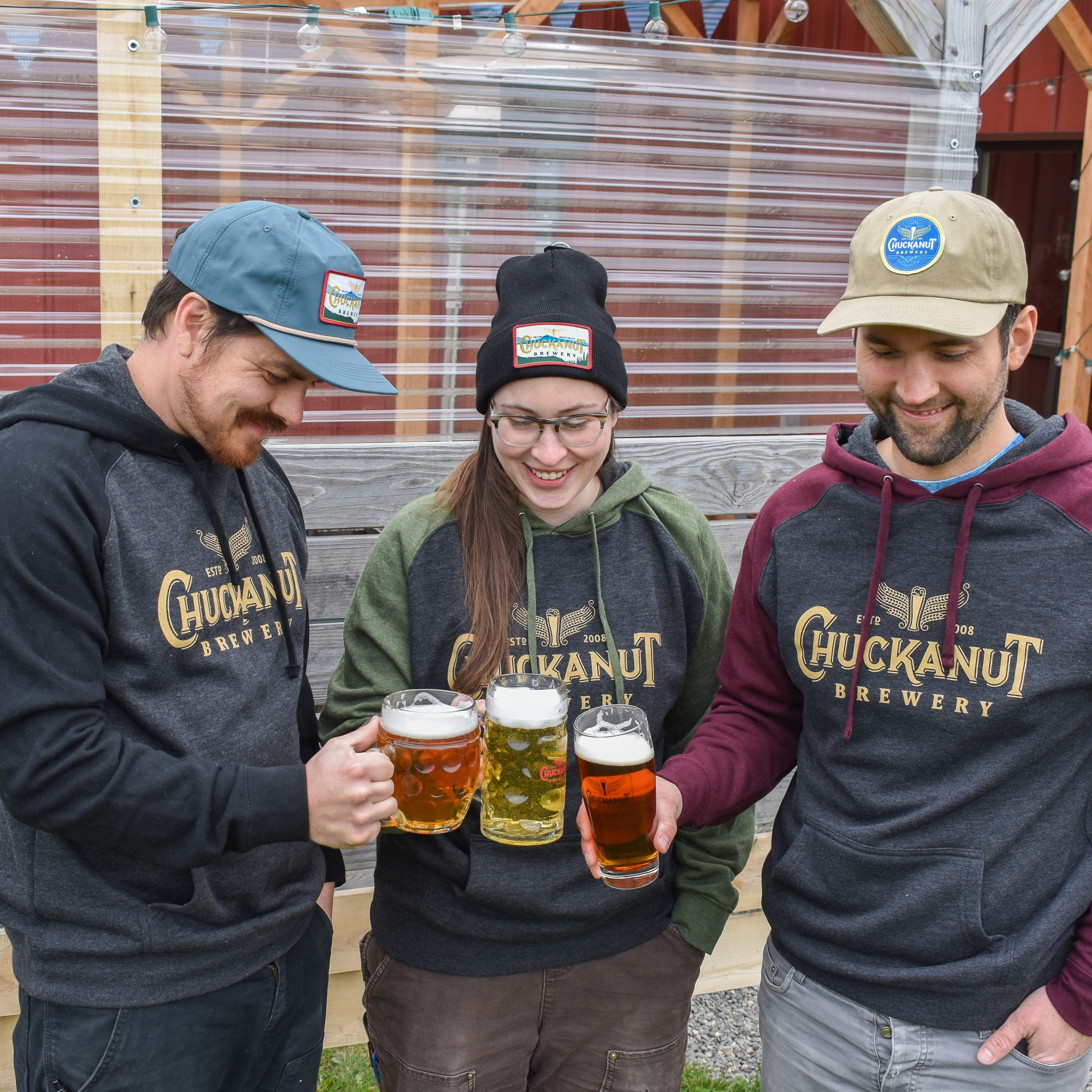 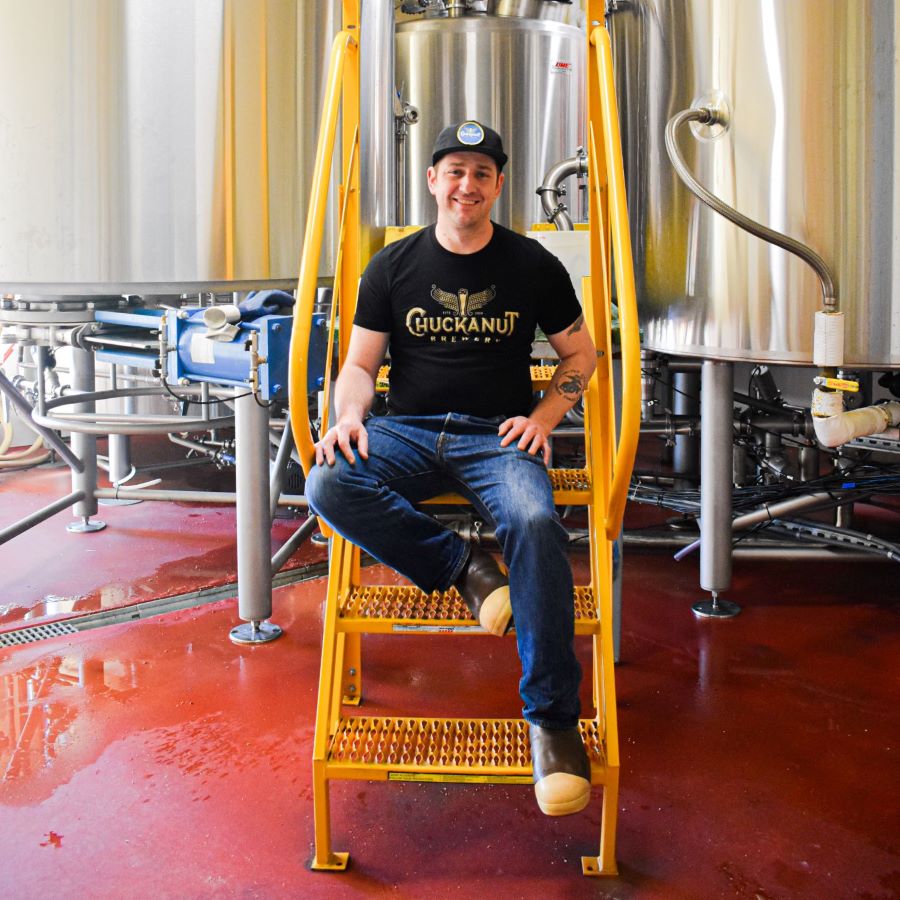 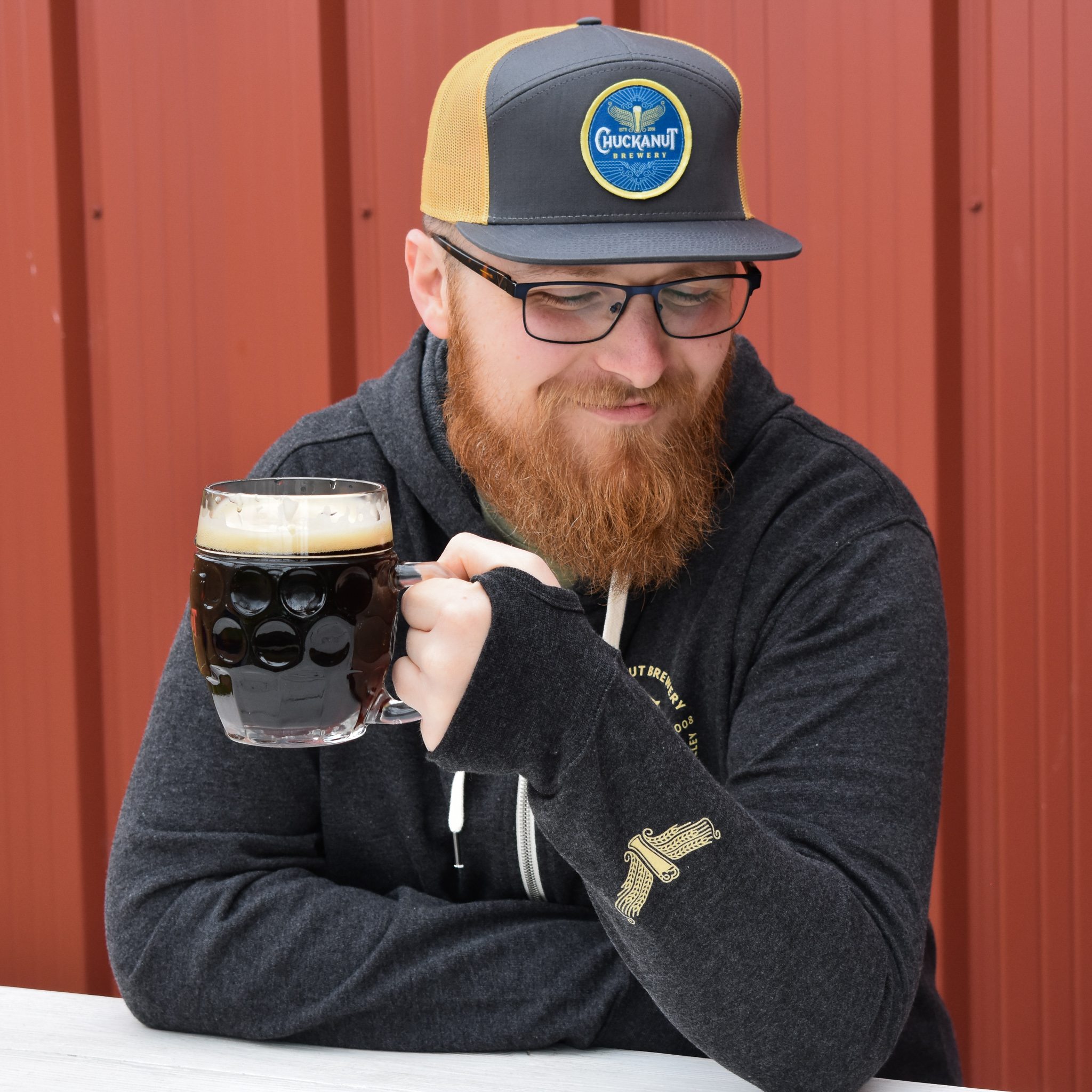 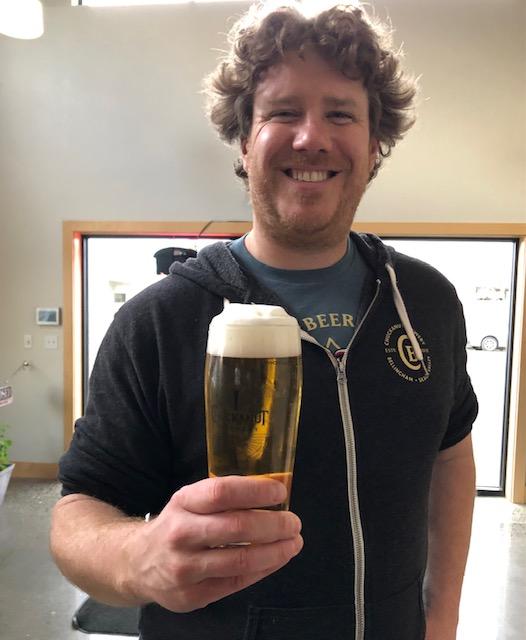 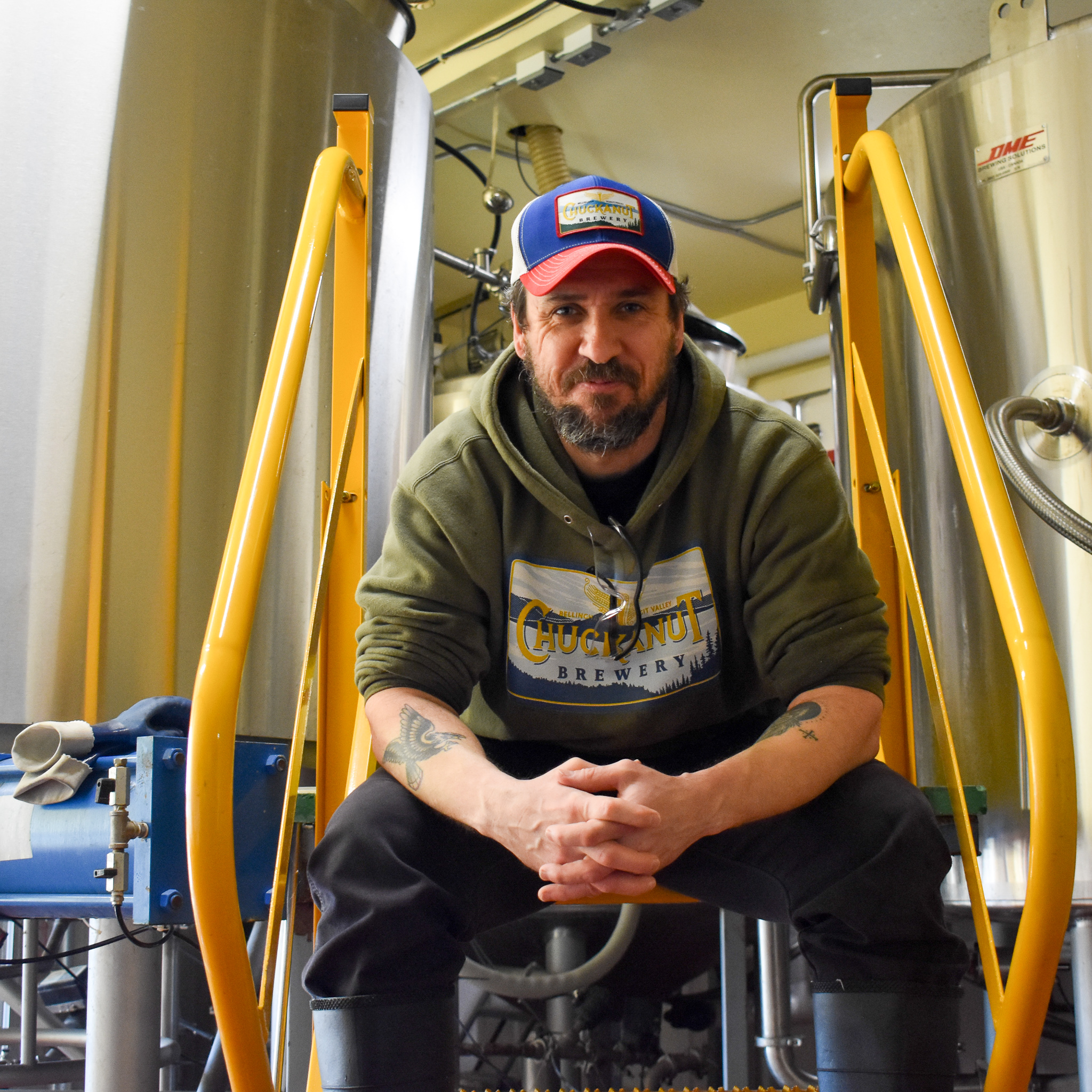 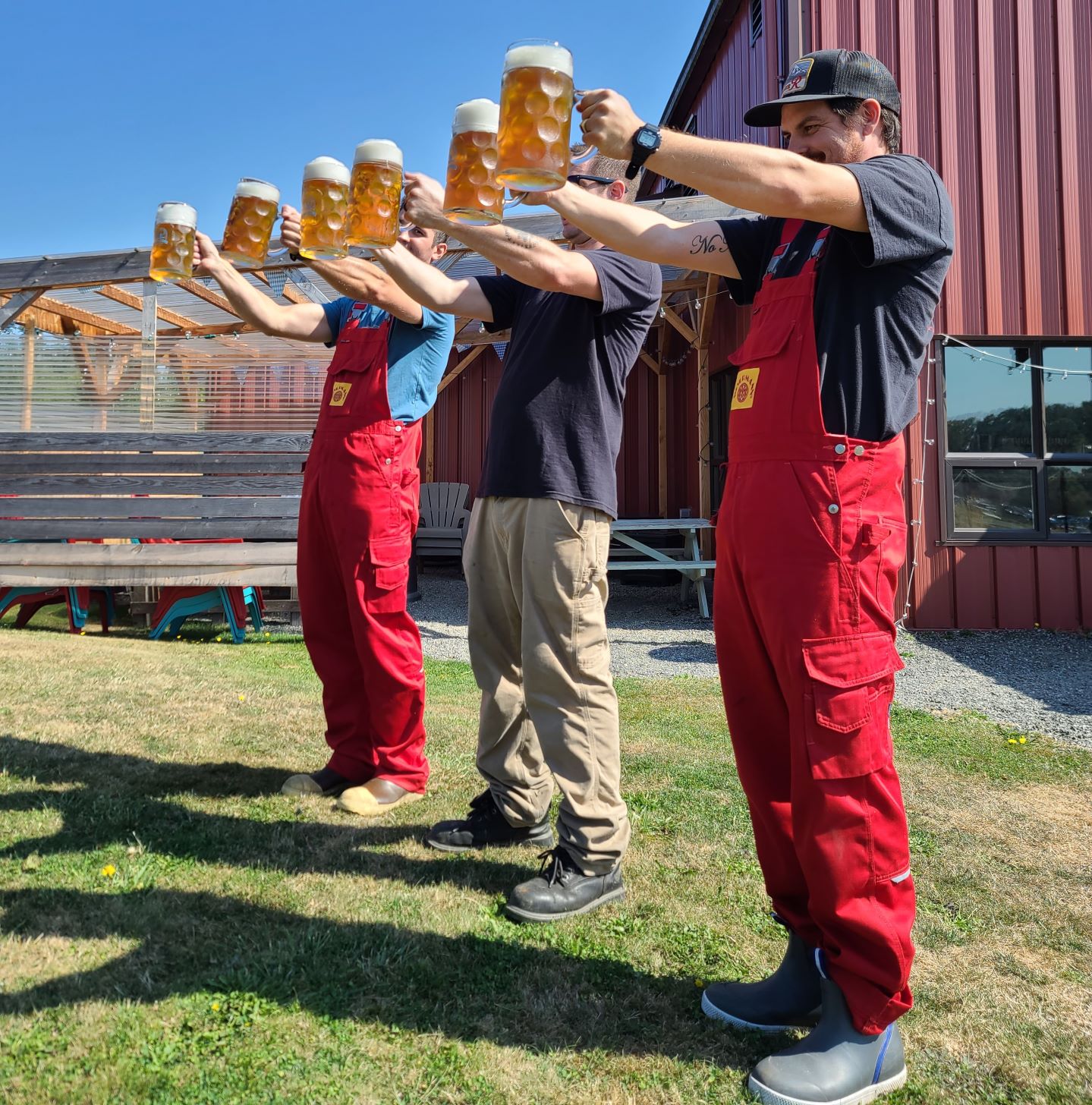 Offer outstanding consistent, quality driven beers and globally inspired locally acquired food. Maintain an environment for our guests and employees that is inspiring, friendly, and lively.

Our goal is to have a healthy successful company that will include being a leader in quality driven products and customer service, maintain practices that lead to a healthful environment, offer meaningful employment for employees, sustain strong community relations, promote community missions of charitable giving, and endorse community self sustainability in action by using as many local products as possible.